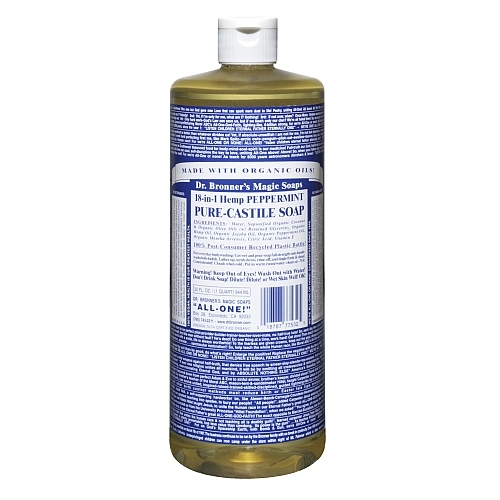 Back in 2005, I had a roommate that used this soap.  I use to read it in the shower, but thought it was the weirdest thing!  Seriously....check out its label: (You'll have to click on it, to really read the fine print) 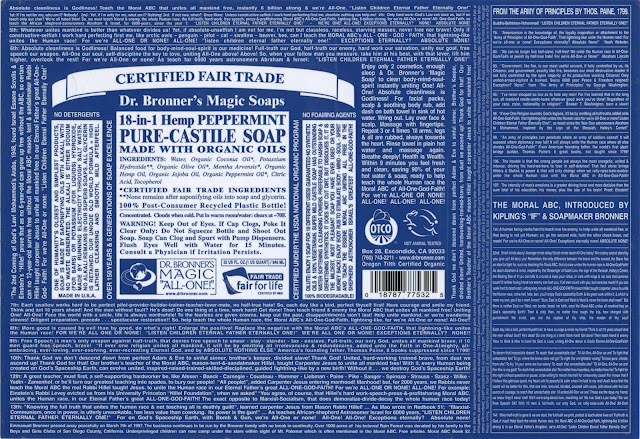 Crazy stuff, right? So I never used it because I thought, "What's with this wacked out soap?" Plus, I didn't want my roommate to think I was using her stuff.  Besides, I didn't exactly know how to use it.
Well I came across Dr. Bronner's at a random vitamin store and it reminded me of Tara's soap.  I was tempted to buy it, but thought I'd Google more about it.  I also threw it out there on Facebook, and I'm thankful I did.  Friends, as well as product reviews gave me a heads up on how to properly use it.  It's not like "normal" soap.  It's different, but man, I LOVE the feeling after I shower.  I feel SUPER clean! Like squeeky clean!!  Seriously!   I went to Sprouts and bought the Almond soap as well, and I'm glad I did.  I love the peppermint soap, which is great for morning showers, because it's refreshing and wakes me up.  The almond is nice for relaxing showers, at night.

I'm so excited for my niece, tonight! 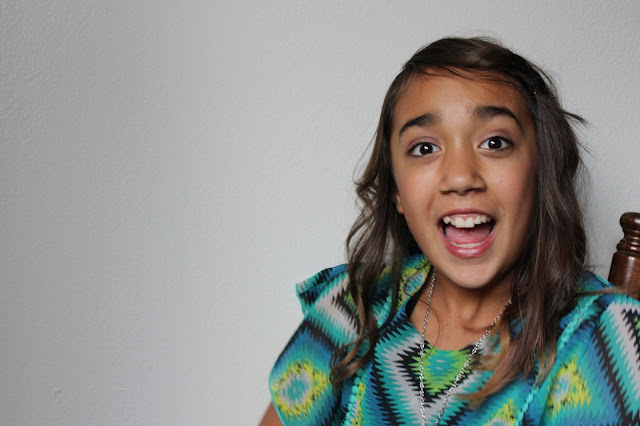 She gets to go to the San Diego LDS temple for the first time, to do temple service for those who have passed away.
It was so nice being able to share with her some of my own temple experiences and knowledge.
It's also fun helping her prepare her bag and set her hair for temple baptisms.
I hope she comes to love the temple as much as I do.

Today, I've finally hit the point to which I HATE being called, "Ehu".  It was a family nickname of my complete first name, "Ehulani".  Throughout school, I was called, "Lani" because I didn't want to stick out, more than I already did as the one of the only two Polynesians in a predominantly Hispanic/Latino community.  My senior English teacher made it a point to call me, "Ehulani".  I wasn't too thrilled by it, but she said she couldn't pass up on such a beautiful name.  Then college rolled around and I no longer made such name requests...I introduced myself by my whole first name.
I've made it a point to ALWAYS introduce myself as, "Ehulani".  Sometimes, I'm annoyed when someone immediately asks if they can call me, "Lani" or "something else".  If that were the case, I'm pretty sure I would have introduced myself as "Lani" or "something else".  ANNOYING.
Today, while talking on the phone to my youngest nephew, I could hear his friend yell, "EHUUUUUUUUUUUUU!!!!", as he always does.  It got under my skin! I just couldn't stand it anymore!  I just couldn't stand the sound of my name like that. Or perhaps, it was his voice.  Quite honestly, it was both.
Seriously though, I'm tired of being called Ehu.  {I know that's part of the name of my blog, because before, I was only called Ehu by those who knew me well....just like this blog is a place where I could open up and share all that I wanted, like getting to know me on a deeper level.}
I LOVE my first name.  It's unique and I've never met another Ehulani, in my entire life! LOVE IT!!!  How many people can say they were named by their older brothers, and given a name that means, "red mist of heaven"?

I can only think of one.

YESTERDAY:  Levi and I had dinner and ate TONS of crab legs.  My mouth is watering just thinking of all the crab legs we had for dinner.  It was scrumptious!!!!  Especially when paired with BBQ pork ribs! LOVE IT!!

TODAY:  I was able to talk with my very best friend MamaSteph.  I miss her so much!! It's been 5 years since we've seen each other.
FAR.  TOO.  LONG.
I can't wait til we're hanging out again, like real friends do.  I miss seeing her facial expressions, while she laughs and most especially watching her hands as she tells her stories.  I miss her completely and terribly!

I also got to spend time with Mr. Red today.  I am going to miss him so much, but I'll blog about that later...

TOMORROW:  I can't wait to see Levi.  We're going to the drive-in to watch The Croods & G.I. Joe.  I seriously LOVE the drive in!!  I think I'm more infatuated with being able to talk during a movie and not disturbing anyone....except Levi.  Oh how I fall more and more in love with him.

Something I need you to understand....

Today I had a terrible Meniere's episode.  My head just started to spinning and I couldn't do to anything divert it.   Most times I feel like I can stop it or at least counteract it.  However, today at work, my head just wouldn't stop spinning, and it felt like the whole room was spinning.  It often feels like an earthquake, so I'll look to see someone's reaction {or lack of} and then I know that it wasn't an earthquake but just my Meniere's, again.
Today, my head just wouldn't quit spinning, so I tried to walk 5 feet to my sister's desk and the room still felt like a Twirl-a-World ride.  Unfortunately, the catch-22 to having these Meniere's/Vertigo episodes, is that they're so stressful and make me very anxious---which stress makes Meniere's even worse.  Oh I hate that part of this disease!  I told my sister to just take me outside, so at least I could escape to a different environment and breathe some fresh air. My heart was racing, my hands were shaking and I could feel a cool sweat start on my temples. I'm thankful I was with my sister.  She's been through these episodes before, with me, so I am incredibly grateful for her patient and calm presence.  My nephews and several close friends have also been extremely understanding.  They know that when I slip my arm into theirs, that my head's in a tailspin and I desperately need them for balance or from collapsing.  Unfortunately, my parents still haven't been able to truly understand that this isn't just an earache. There's nothing painful about it.
When I initially spoke with my audiologist, he said that this was a condition that normally falls upon older people or those who had some sort of head trauma--both of which, I am not.  I don't know how I lucked out, but I've had it for the past 4 years. Sadly, there's also no cure for this disease {I really don't like that word--it makes it sound contagious}.  Meniere's Disease is like a combination of Vertigo and Tinnitus.  However, my Tinnitus consists of a "roaring"/"whooshing" noise, as if I have a stethoscope in my left ear. Sometimes the noise gets so terribly loud, that the only way I can help the noise subside is by pushing into the side of my neck. It looks like I'm taking my pulse, but it's the only way I can stop this constant roaring noise. Other detrimental factors to this condition is stress {good and bad stress, I didn't know there was such a thing as "good stress"}, sodium, alcohol and nicotine.  Luckily, it's only the first two that I really have to worry about.
I just wish more of my friends could understand why I suddenly get so dizzy and a cold sweat immediately begins.  Or how nauseous I get when I watch a fast moving or spiraling scene of a movie.  You know that feeling you've been bending down low, then stand up too quickly, and you're light headed?  I get that ALL the time but for long periods of time. I can usually brace myself, but if I'm not careful I collapse to the floor.  Sometimes after a dizzy spell, it wipes me out and I'm left feeling very weak.
I worry that my Meniere's could get worse.  I use to work at the temple with a woman who also had it, and she had to have her license suspended for a bit because her Meniere's got so out of control, but then it went away for several years.
I've learned quite a bit from having Meniere's Disease.  I've learned to avoid and handle stress better.  That's been the biggest blessing, most of all.  When I think of all the things I could endure in this world, I think I'd much rather have Meniere's Disease.  When it's at its worse, I like to think that perhaps Heavenly Father knew that this would be the best trial for my life and knew that I would be able to endure it.  That gives me hope for the future.
at 2:18 PM

To my best man and favorite panda.... 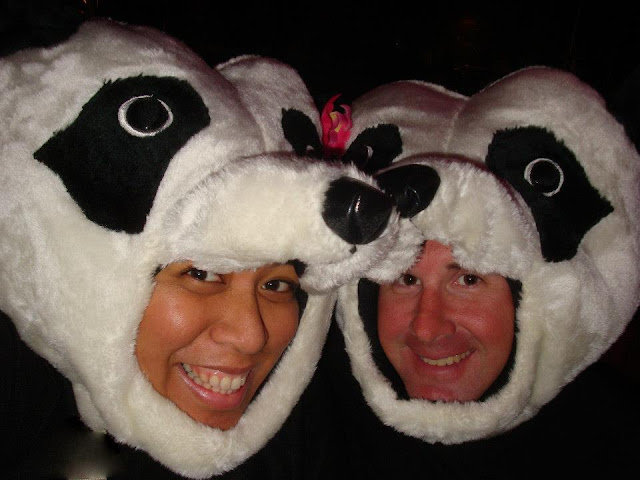 Wowzers!
I feel SO incredibly lucky!

The Good, The Bad & The Ugly - Easter Weekend Edition.

*The Good: I spent Saturday & Sunday with Levi and it was EXACTLY what I needed.  It was peacefully blissful! I loved every minute of it!  It was quiet, relaxing and the pure definition of peace.  I. LOVED. IT.!!!  It was nice to take a nap and not awake to stomping feet from above, friends of my upstairs neighbor constantly whistling/yelling/calling out for them or any other stressful thing.  I love nothing more than spending time with Levi. Also, it was so lovely being able to sit next to some of my favorite people at church, Levi & Ame, while listening to Mac's wonderful talk on the Resurrection & Atonement.

*The Bad: I went to sleep so dang late.  I started watching Criminal Minds and thought I should watch several episodes.  Who goes to sleep at 4am when they need to be work at 8:30. Bad choice!

*The Ugly: As I was walking out of my apt. this morning, my upstairs neighbor made an extremely loud noise... as if they dropped something very large and heavy! TWICE IN A ROW!  I seriously thought something was going to fall through our ceiling.  It pissed me off, so I walked back to the kitchen, grabbed a broom and hit the ceiling 3 times.  I could hear them yelling, and as I walked out the door, she stuck her head out the window to yell at me.  We went at it for a minute or two, and luckily the security guard came around the corner just as it was ending.  He knows about the ongoing problem these people are, so he went upstairs to talk to them.  She/Debra answered the door and said that they had "dropped a couch".   How do you drop a couch so that it makes two loud noises, a few seconds apart?  I just can't stand these neighbors of mine! Go away bad dream!
at 5:24 PM 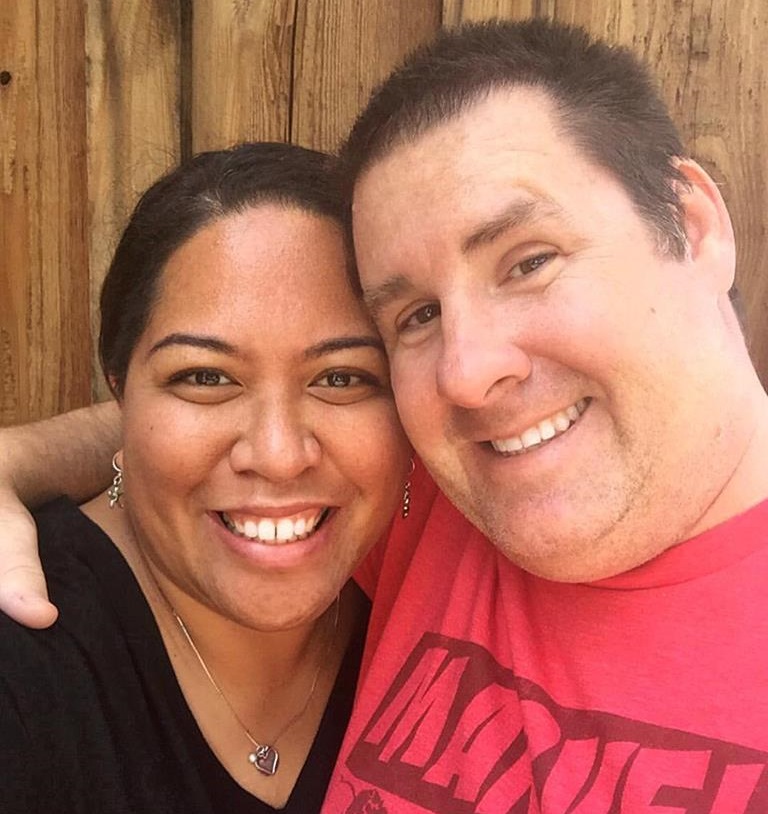 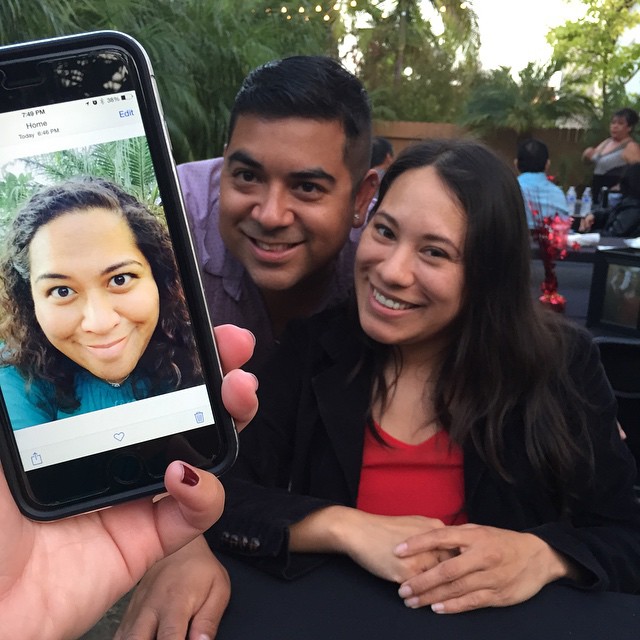 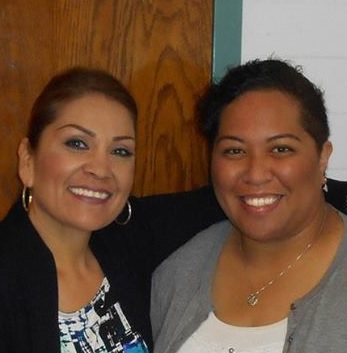 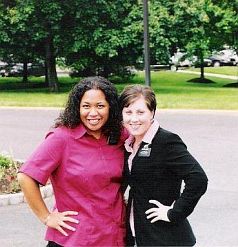 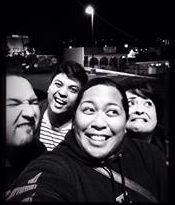 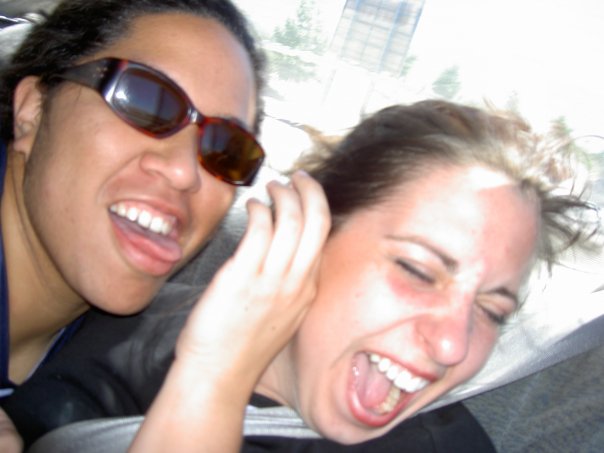